Squid Games is a South Korean survival drama television series streaming on Netflix. Within a week of its release, it became one of Netflix’s most-watched programs in several regional markets; within its first 28 days of release, it attracted more than 111 million viewers.

InsightzClub, a technology-based market research start up, conducted an analysis on the astounding popularity of Squid Games and what marketeers can learn from it. 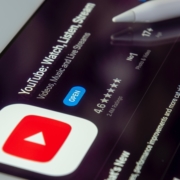 Longing for travel adventures as borders open up

The Hype surrounding the Cryptocurrency Craze

Direct-to-Consumer Disrupts How Brands Engage with their Customers

Cosmetics & Skin Care: A look into the aspirations for beauty

Impacts, Concerns, & Adaptation of Remote Students – the Pandemic in...