Since its inception in 2008 by an unknown group who called themselves Satoshi Nakamoto, cryptocurrency has taken the world by storm, the excitement over this invention has never really died down. Bitcoin and Ethereum, two of the most popular and well-known cryptocurrencies are dominating the world with a market capitalisation of over 1 trillion dollars.

So, what are the reasons behind this phenomenon? Well, there are many reasons, since 2008’s financial collapse many people lost trust in regulated, centralised financial systems. With the collapse of some of the biggest banks that were deemed ‘too big to fail’, something decentralised, unregulated and out of government control seemed to make sense to a lot of people. This combined with blockchain technology made peer-to-peer transactions possible without the need of supervision from any financial institution. Suddenly there became much more interest and trust in these digital ledgers than the age-old way of doing things.

At Insightzclub we recently did a survey to look at consumer perceptions towards cryptocurrency and tried to understand some of the motivations behind why someone would want to own this kind of digital asset.

Some older investors have shown a more reserved and hesitant attitude towards cryptocurrency, listening to the famous and wise Warren Buffet, who focuses on investing in productive assets with intrinsic value. While majority of our respondents (67%) who were aged between 21 and 40 when asked how much trust they had for crypto-assets as a currency showed a neutral outlook with the remaining 33% responding that they were highly trustful. Furthermore 56% of our respondents agreed that cryptocurrencies are a good store of value.

So many cryptocurrencies to choose from:

As of February 2022, there are more than 10,000 cryptocurrencies in existence. Many of which I’m sure you and I have never even heard of before.

But the big names like Bitcoin, Ethereum, USDT and Dogecoin seemed to be most popular among our respondents with 88% claiming to have purchased or owning one of these coins.

It’s not just cryptocurrencies that come with plenty of choices, but the platforms or exchanges used to buy and sell cryptocurrencies are also plenty to choose from. Binance was the preferred choice for our respondents with 44% reported using it, followed by Coinbase (22%).

Is it just a gimmick?

While it’s easy to believe that some of these cryptocurrencies are just a gimmick, even well-known cryptocurrencies like Dogecoin began as an internet meme in late 2013, but even then, it has somehow remained relevant and still has a large community following and market capitalisation.

For most of our respondents, our findings suggested that to them it may just be a gimmick, with 67% reporting to have only invested less than $10 dollars into cryptocurrency and just 11% seemed to be serious about it, investing over $1000 dollars.

The reasons behind what motivated them to get into cryptocurrencies varied with 44% reporting that they saw its rising popularity and trend, while 33% were interested in its high profitability.

But this also contrasted with 80% agreeing that their main purpose for buying cryptocurrency was for investment purposes which strongly suggests that cryptocurrency may be more than just a gimmick to many consumers.

To learn more about consumer behaviour and trends reach out to us.

Schedule a call with us… Live Commerce is here to stay- an InsightzClub study 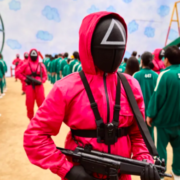 Health Consciousness in the wake of the pandemic

The Metaverse: a new frontier expanding human consciousness. Health Consciousness in the wake of the pandemic
Scroll to top